I finally braved the heat for a few minutes today to get some photos of the new press as I have it set up. The major departure from it’s previous life is in the die setup. Since Larry has 4 presses in his shop, rapid die changeover isn’t really a priority. Having just the one press here, I had to devise a way to be able to rapidly swap dies while making sure they remain safely attached to the press. What I came up with was a saddle and cross-pin arrangement. This allows for a few “good things”. First off, pulling the cross-pin to remove the die is quick and easy. Once I get some rings welded to the pins I’ll even be able to easily do it with gloves on. Second, the saddle arrangement allows for all of the force from the press to be directed to the plate holding the die while keeping the dies indexed properly. This of course assumes that when the dies are assembled that there is enough vertical “slack” so that the pin isn’t taking the load of the press. Third, this arrangement allows for the dies to be much lighter than I’d otherwise have to build them if they had a 2″x2″x10″ base. I have a single large base piece and I’m just swapping the functional portion of the die.

Here are some pictures of the press and dies. 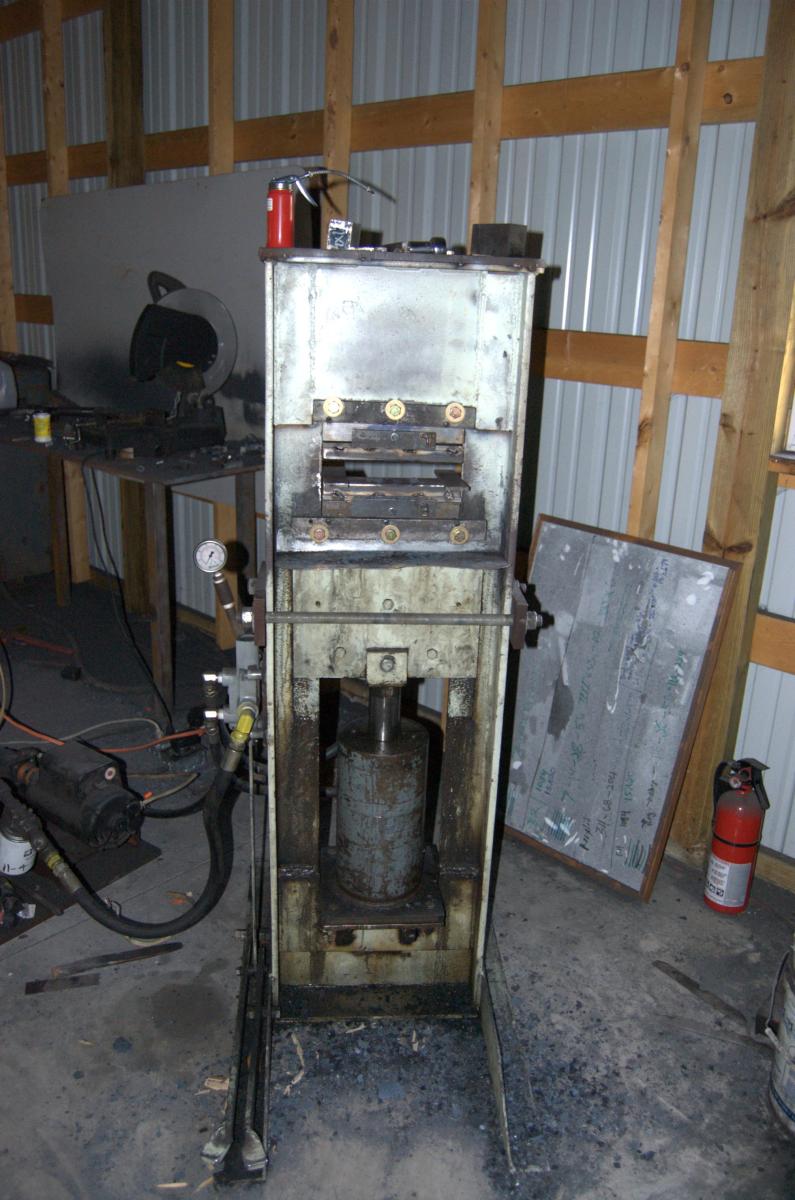 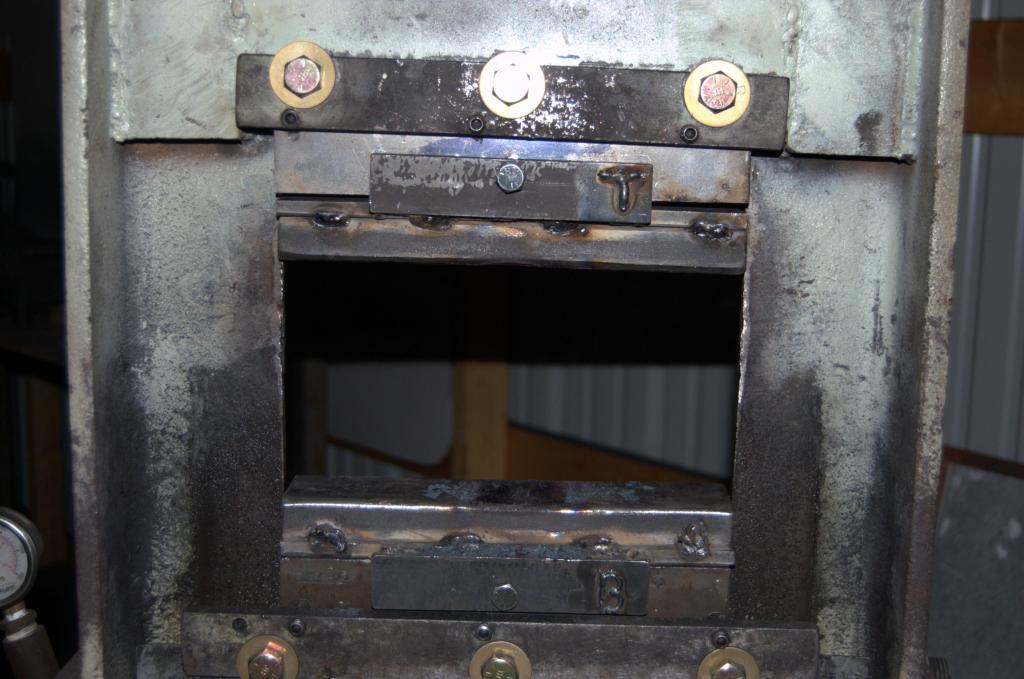 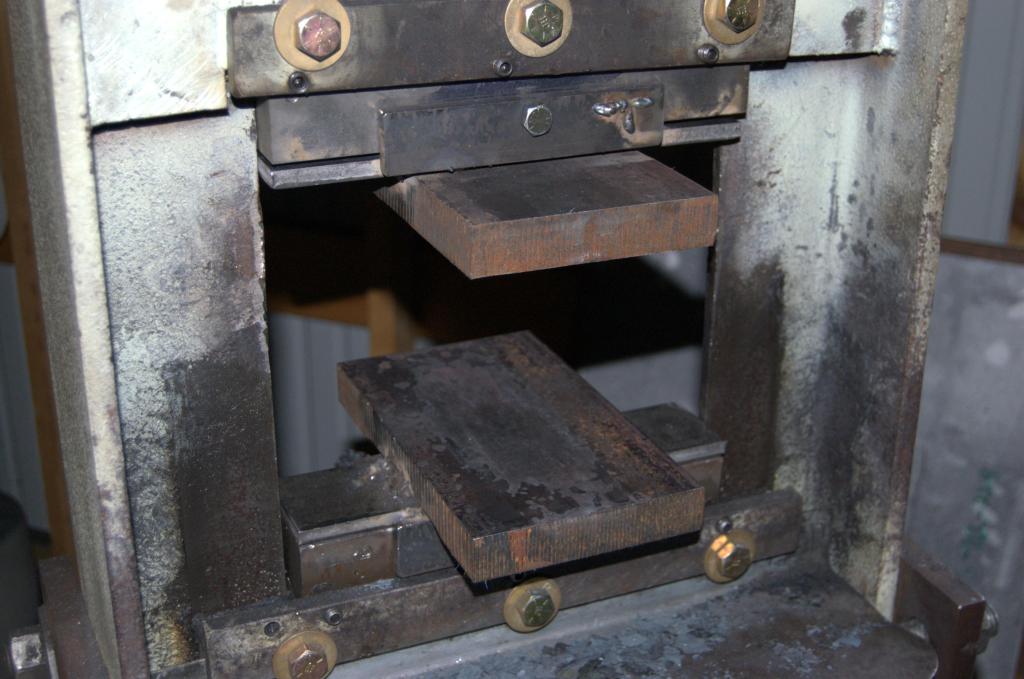 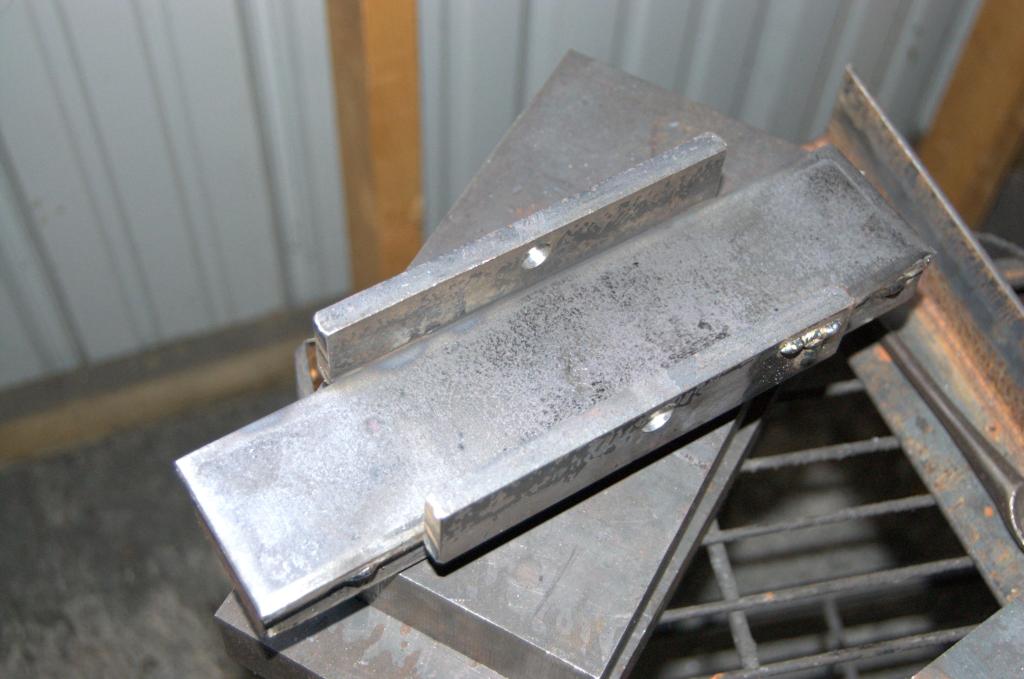 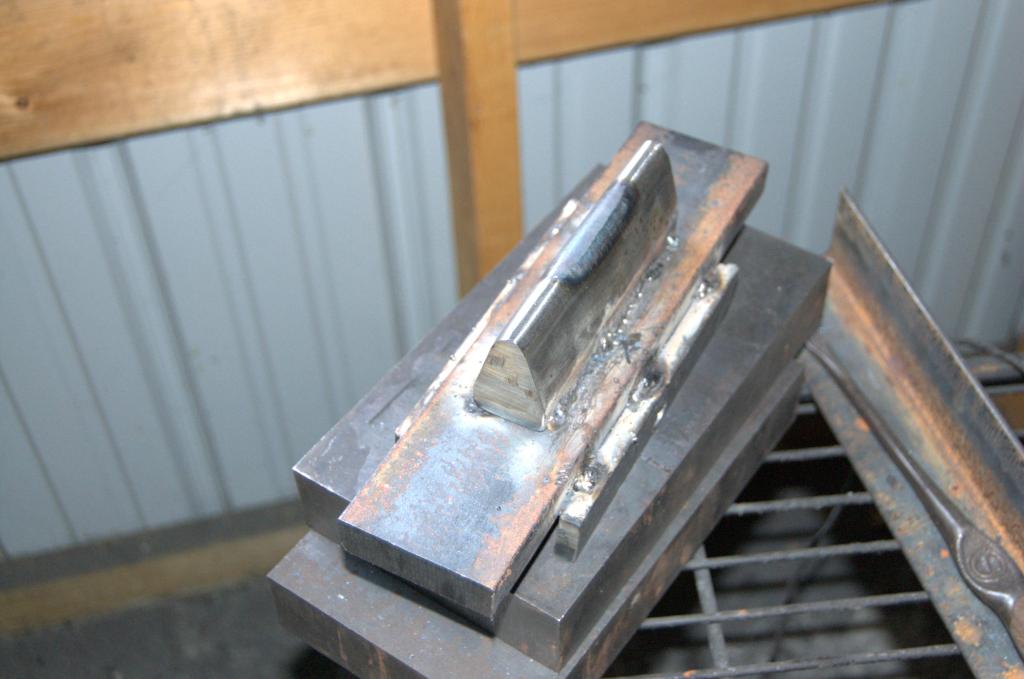 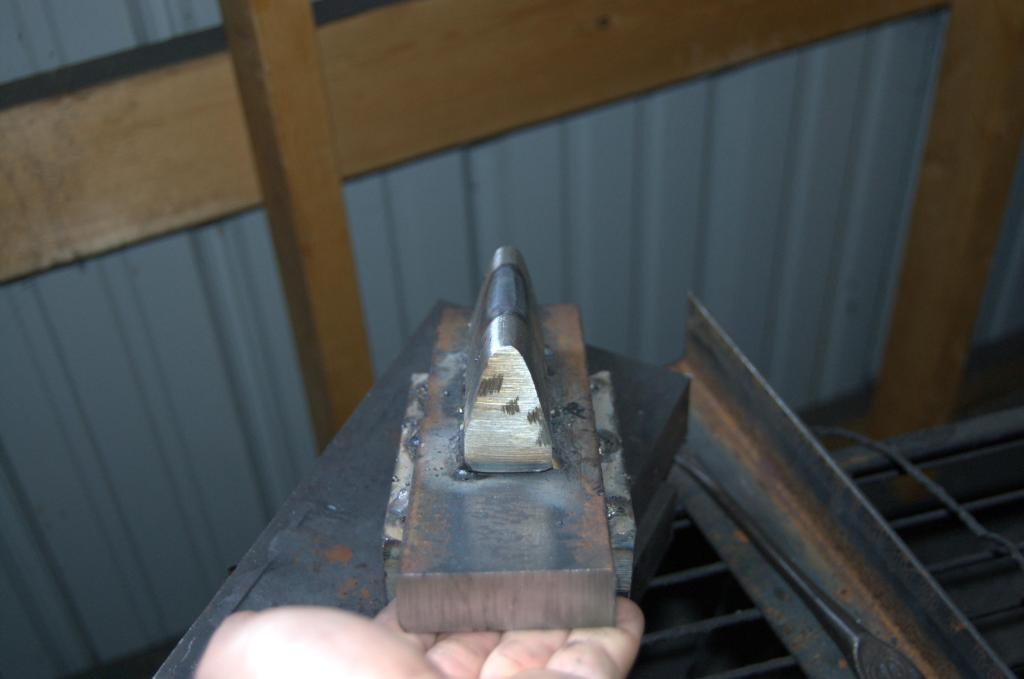 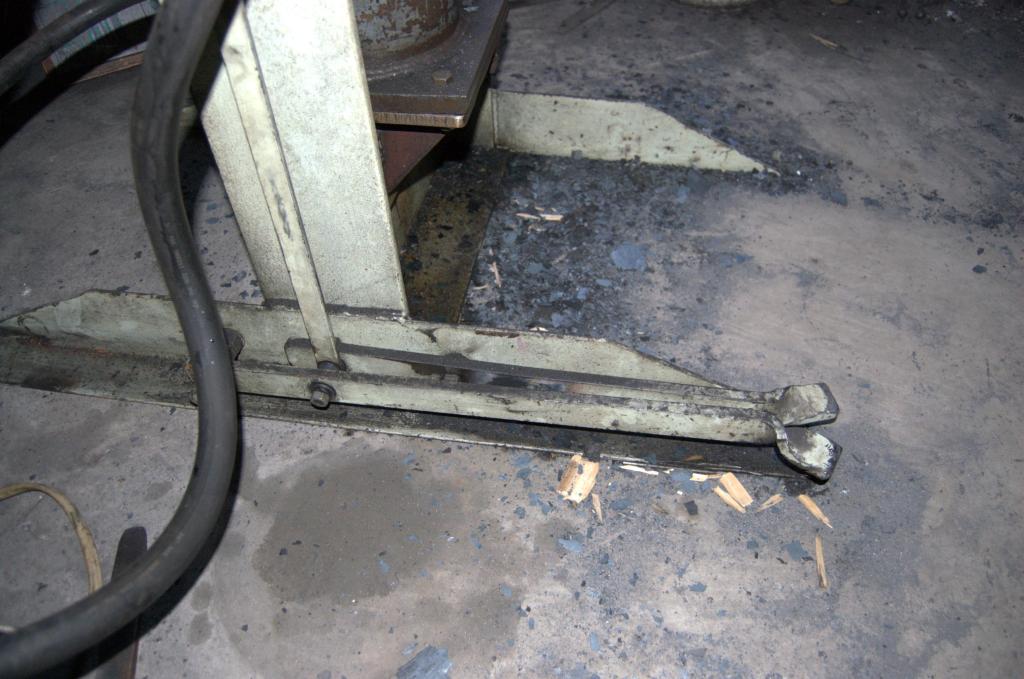 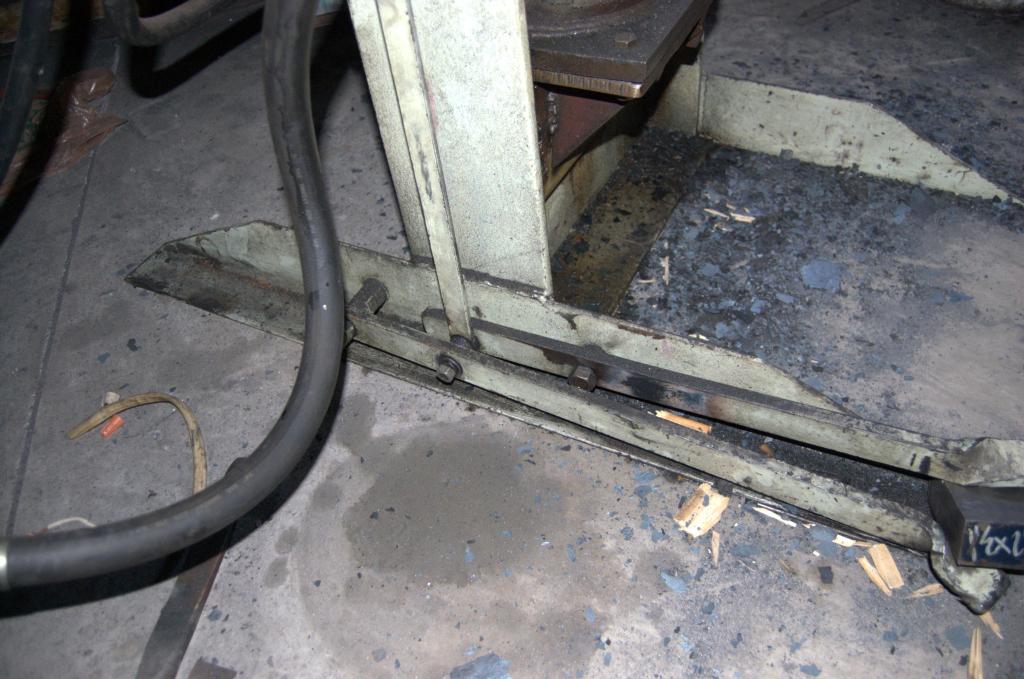 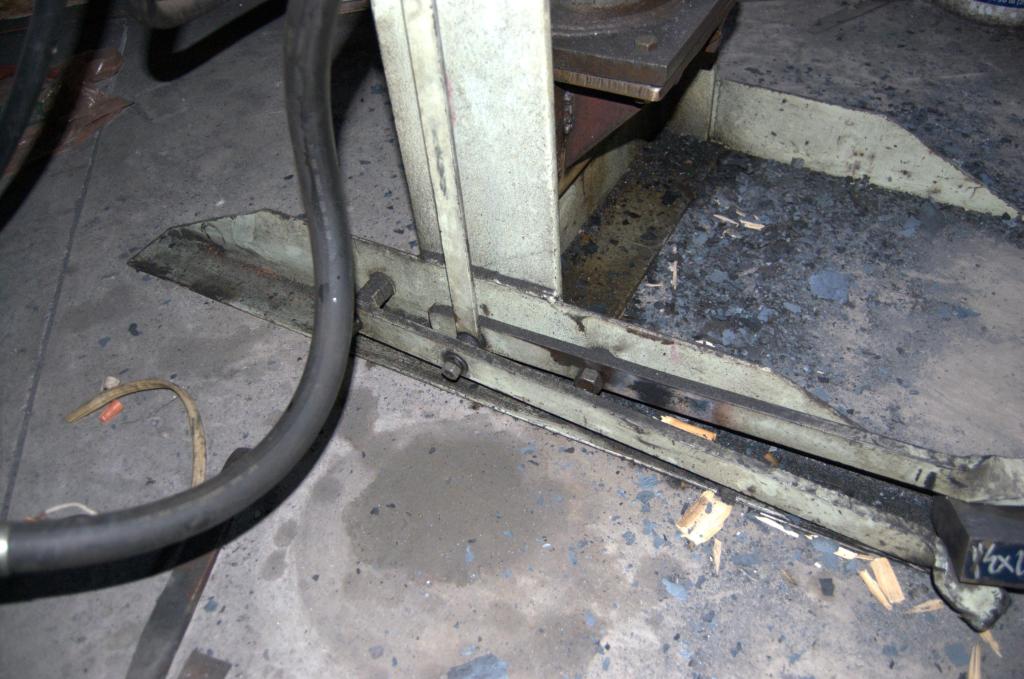 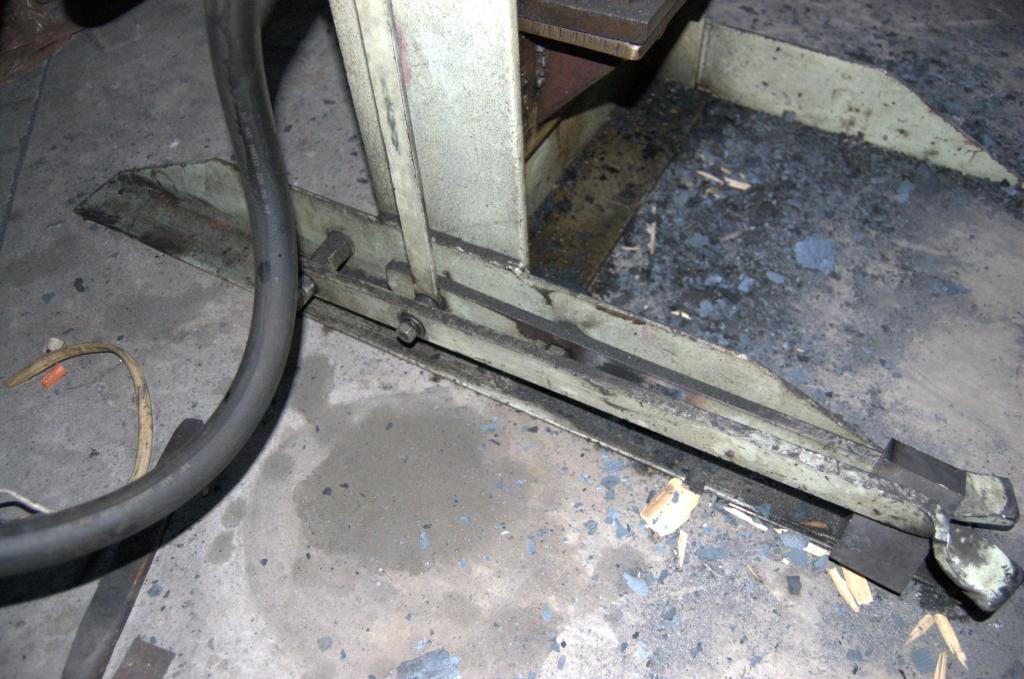 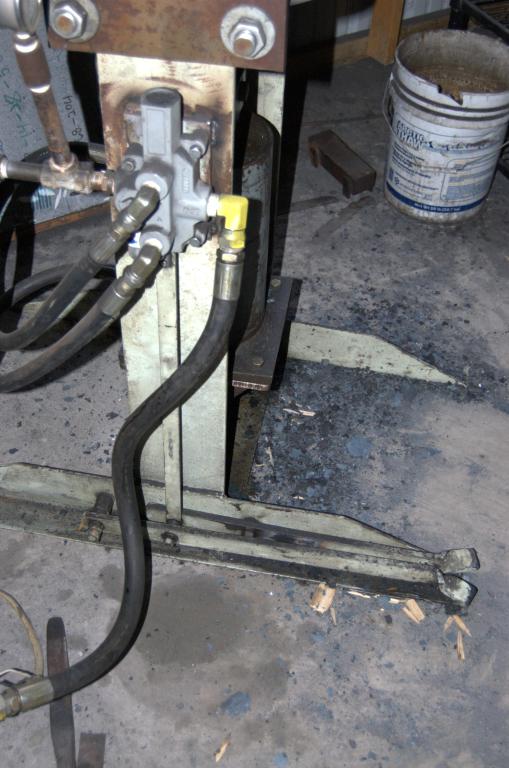 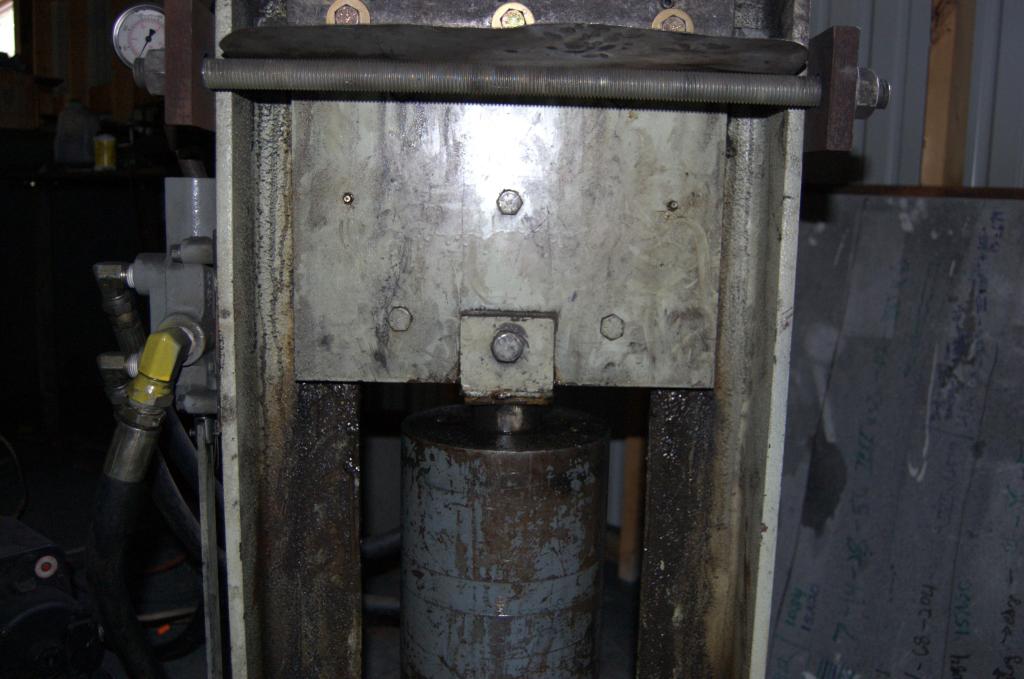 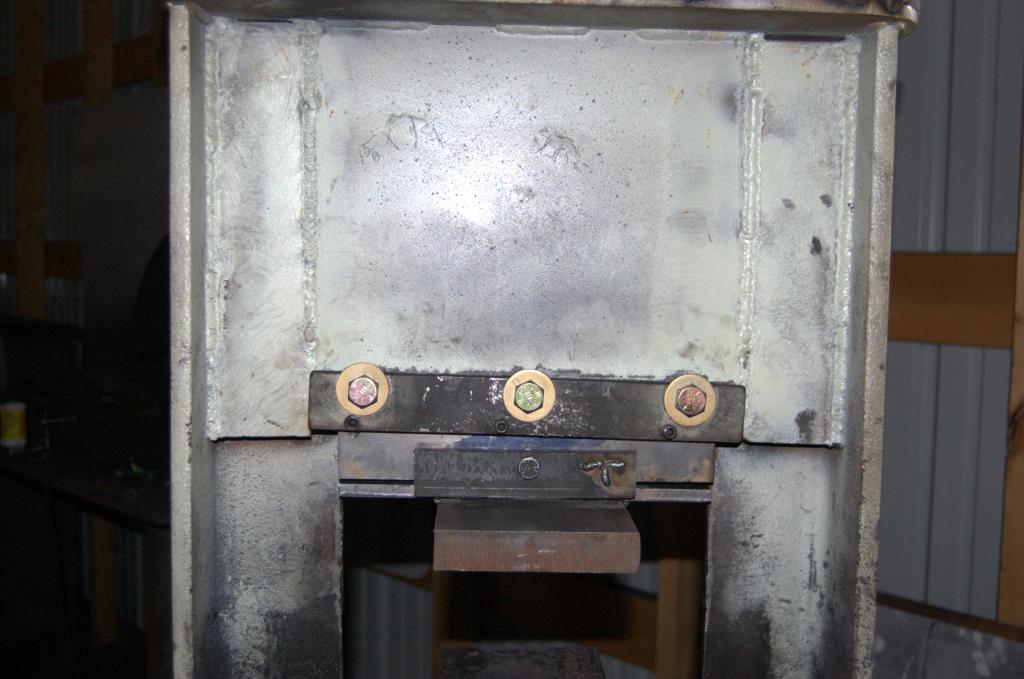 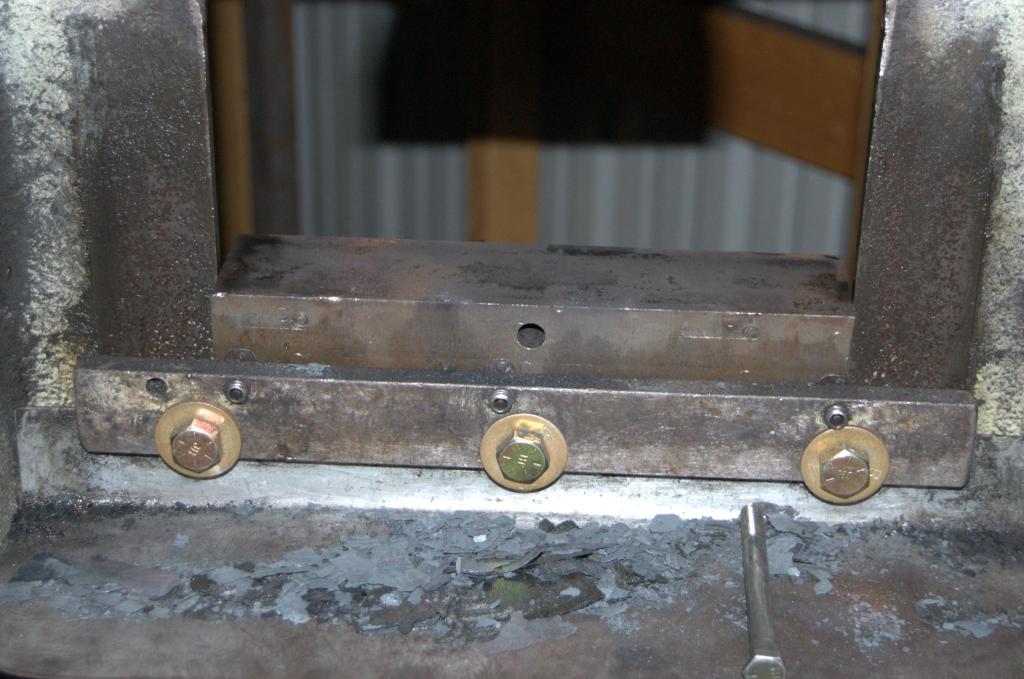 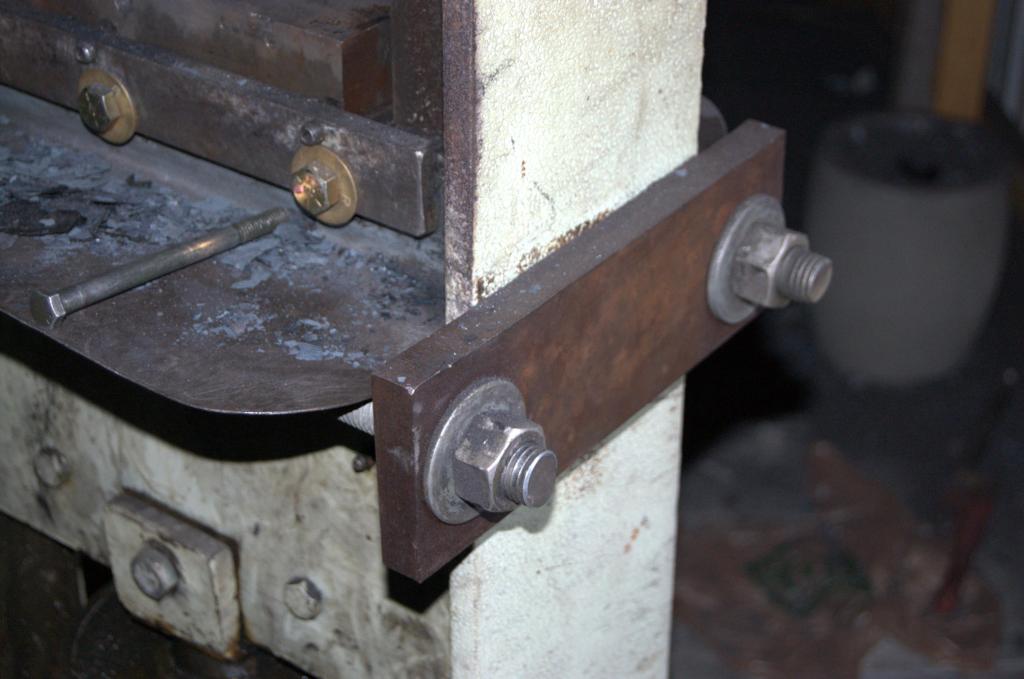 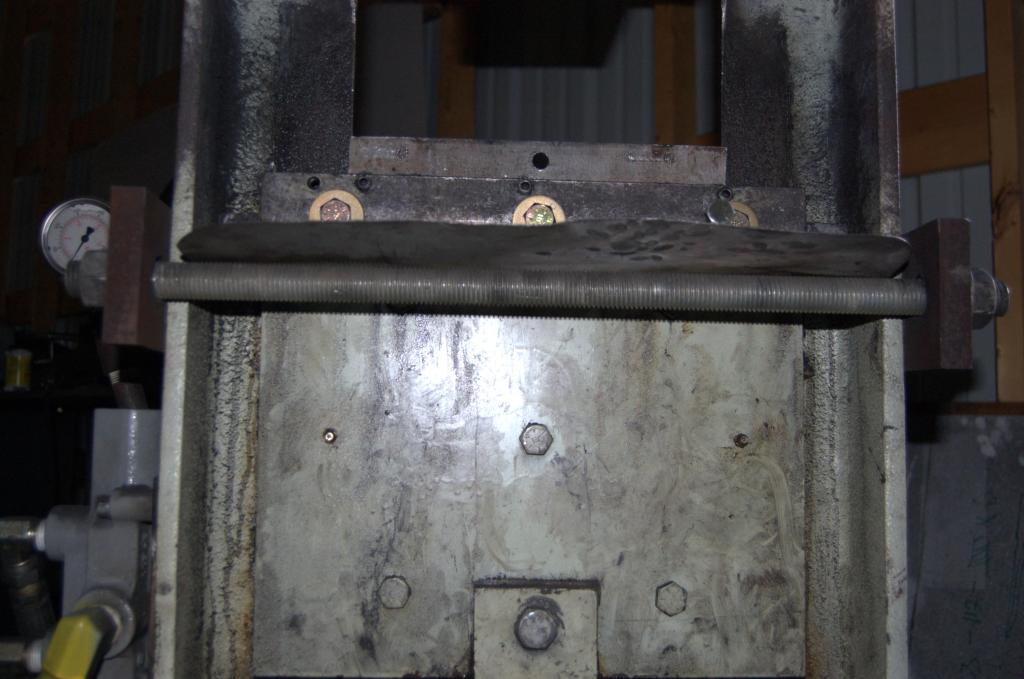 I’ve also included some pictures of interesting design features of this press. The frame of the press itself is a single large I-beam with a “window” cut out of the web for the cylinder, slide/lower die assembly, and upper die.  A section of the removed window is used as the center of the lower slide assembly and is sandwiched between two 1″ thick plates that extend pas the sides of the cutout to act as guides. To help deal with the side stresses, there is brass brazed onto the side of the center piece. Additionally there is a “girdle” made from heavy all-thread and plates that can be snugged up to remove small bits of sideways slop so that the press can continue to run between re-brazing of the inside center plate.

There are also some detail shots of the foot treadle setup. The clever placement of the pivot pins allows for an upward as well as a downward motion to run the valve without requiring a “rocking” type pedal. Very slick indeed…